The American Society of Plastic Surgeons dubbed 2018 the “Year of the Body,” with a significant increase in the overall amount of body-focused treatments performed and a spike in non-invasive fat reduction and skin tightening procedures. You're curious, aren't ya? Here's what to expect from a few of the leading FDA-cleared body contouring technologies. 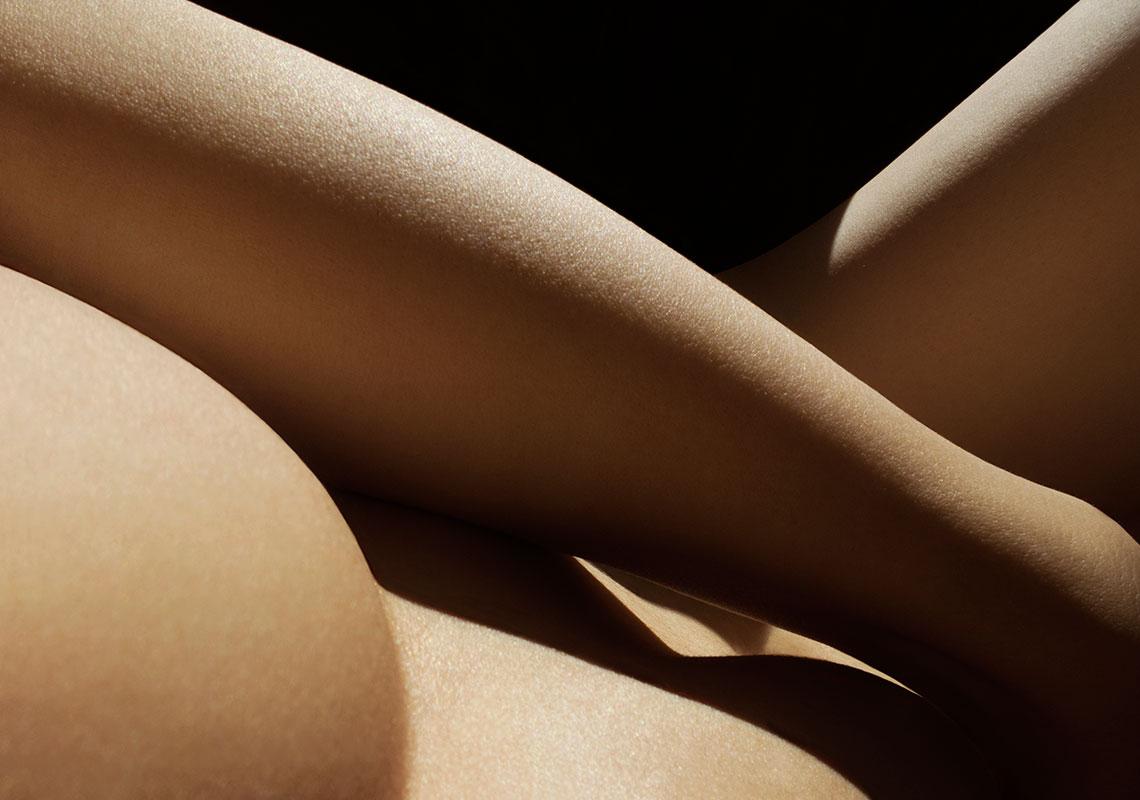 How do fat cells work?

First, it’s important to understand how fat cells function within the body. “After age 18, adults do not grow new fat cells, except in the case of obesity,” Dr. Melissa Kanchanapoomi Levin, a New York City-based dermatologist and founder of Entiere Dermatology, explains.

These non-invasive fat reduction treatments actually kill off the fat cells or cause them to implode.

According to Dr. Levin, there are currently five leading modalities of non-invasive body sculpting procedures, including cryolipolysis, radiofrequency, high-intensity focused ultrasound, laser therapy, and high-intensity focused electromagnetic energy. Before we go any further, a quick disclaimer: These treatments should only be performed by a trained board-certified dermatologist, plastic surgeon, or licensed professional after a consultation.

Rooted in cryolipolysis, this procedure freezes the fat cells, which triggers the fat cells to die, basically. Dr. Levin notes that it is only performed on targeted areas of subcutaneous fat, or fat in your skin that you can pinch.

It is currently FDA-cleared to be used for areas under the chin, under the jawline, thighs, abdomen, flank, along the bra line, on the back, the upper arms, and underneath the buttocks.

“CoolSculpting destroys fat cells by irreversibly damaging 20-25 percent of the fat cells in the treatment area where the applicator is placed,” Dr. Levin explains. “After a deep freeze of the fat cells, the full results take three months to see even though results will start to develop after about four weeks.”

In some cases, a second session might be needed, and that can be done about a month following your first CoolSculpting treatment.

Some of the standard side effects include temporary numbness, tugging, pressure, temporary redness, skin sensitivity, swelling, and bruising, all of which should resolve in weeks. It’s also important to know that while some fat cells are killed, those that remain still have the potential to expand if weight is gained.

“An incredibly rare but serious side effect has been reported called paradoxical adipose hyperplasia, which means the fat cells in the treated areas grow larger. Patients who are pregnant or with known conditions of cryoglobulinemia, cold agglutin disease, and paroxysmal cold hemoglobulinuria should not undergo CoolSculpting,” Dr. Levin says.

Think of it as the opposite of CoolSculpting. “SculpSure delivers laser energy to raise the temperature of cells under the skin surface until they are permanently destroyed, without harming the skin surface,” Dr. Patricia Wexler, a New York City-based dermatologist, explains. “It is used to contour the body of the abdomen, love handles, thighs, back, and chin.”

According to the brand’s website, each non-invasive treatment can destroy up to 24% of the treated fat cells, with optimal results seen approximately 12 weeks after the 25-minute procedure.

Similar to CoolSculpting, a SculpSure machine panel is placed over the target area. Patients reportedly feel a cooling sensation, which the brand says is to keep skin comfortable during the procedure, while a deep warmth or a slight tingling sensation is also reported.

This procedure, like all the body contouring methods popping up, is prescribed on a customized basis, which means the professional administering the treatment will help you decide how many treatments are needed for optimal results. This will affect your overall cost, though you’re looking at an average of $1,500 per session depending on your geographic location.

Vanquish uses radiofrequency to heat up and destroy fat cells.

According to the Art of Skin MD, a practice offering the treatment, owned and operated by board-certified dermatologist Dr. Melanie Palm, Vanquish is “non-contact,” which means the machine actually hovers over the target area instead of touching down on the skin.

It can be used to treat the abdomen, flanks, upper back, arms, and bra line.

Four weekly treatments, which last about 30-45 minutes and are priced between $500 to $800 each, are recommended to see full results, which reportedly can be detected in as little as two weeks.

While FDA-cleared and deemed safe, Art of Palm MD notes it is not recommended for those with a metal or implantable device (for example, an IUD), or those who are pregnant or breastfeeding.

A slightly less discussed body contouring method, though FDA-approved, Lipsonix uses high-frequency ultrasound energy to heat and destroy fat cells. The hour-long treatment claims an average waistline reduction of about one inch, typically seen after 8-12 weeks. It is only approved for use around the abdomen and flanks.

Rather than destroying fat, some other popular body contouring treatments work to eliminate the appearance of cellulite and/or to stimulate muscle contraction in order to tone the body.

“EmTone is a new treatment, which is FDA-approved for the treatment of cellulite and laxity of the skin,” Dr. Wexler explains. Treatment areas include the abdomen, inner arms, knees, and thighs, but unlike other procedures, Dr. Wexler notes any area of the body can be treated.

“It uses thermal radiofrequency energy to tighten the skin by stimulating collagen, while the mechanical shock waves break up fibrous bands, smoothing out the rippled surface associated with cellulite.”

Four 15-minute sessions are suggested over a two-week period, and final results can be seen 8-12 weeks after the fourth treatment. However, Dr. Wexler recommends “maintenance of body contouring procedures with one treatment every 6-8 weeks.”

“Emsculpt uses electromagnetic energy to stimulate muscle contraction,” Dr, Joshua Zeichner, a New York City-based board-certified dermatologist, explains. “While there may be some reduction in fact, the goal is to stimulate muscle and improve body contours. Essentially, the device creates an intensive work out in the short period of time.”

It is cleared for use on the abdomen, the buttocks, thighs, and arms. Thirty-minute treatments, with a minimum of four sessions scheduled 2-3 days apart, are recommended. EmSculpt is said to be the equivalent of performing 20,000 crunches or 20,000 squats, but this swap will cost you. A full treatment can range anywhere from $3,000 to $4,800.